SUNNYVALE, Calif. – September 20, 2022 – Fujitsu Components America, Inc. offers two options for adding antibacterial and antiviral functionality to its 4-wire resistive touch panels, in turn reducing the growth of bacteria and the number of viruses on the touch panels’ surfaces. Such functionality is of particular importance and value in high-usage applications where sanitation is critical, including medical, retail/hospitality (POS terminals, foodservice/deli counters, and restaurants), kiosks, and office equipment. 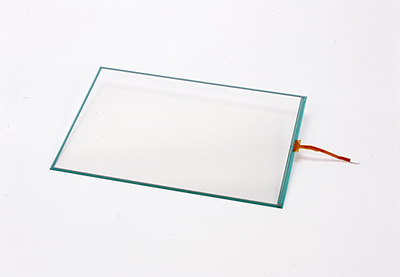 The first option for achieving antibacterial and antiviral functionality involves the application of an antibacterial coating film to the touch panels’ surface. It can be used to customize existing Fujitsu touch panels.

The second option—which is unique to Fujitsu—entails covering touch panels’ surface with an additional functional layer consisting of a hard coating that features antibacterial and antiviral properties applied over an indium tin oxide (ITO) film. It can be used to customize existing Fujitsu touch panels and will be standard with the company’s upcoming Feather Touch Clean Life (FID-1100-CL) series of 4-wire resistive touch panels. 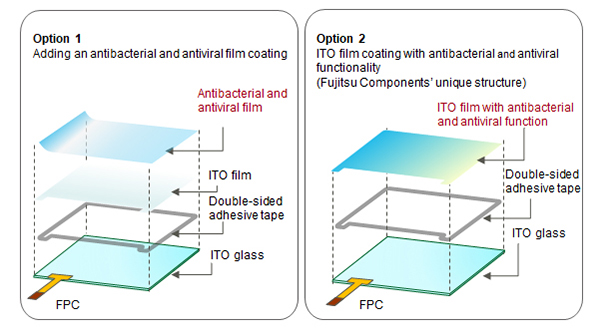 Adding functional films that comply with the ISO22196 (antibacterial) standards suppresses the growth rate of bacteria found on panels after 24 hours, to a level of under 1/100. Similarly, along with the suppression of bacterial growth rate, the number of viruses is decreased by 1/100 when the antiviral coating film, which complies with ISO22702 (antiviral) standards, has been applied to the touch panels.

Fujitsu is currently accepting orders for touch panels that have been customized with antibacterial coating film. Samples of touch panels with the additional functional layer are available.

All trademarks or registered trademarks are the property of their respective owners. The prices, specifications and service details of the products listed on the pre-release are as of the announcement date. It is subject to change without notice.